The Office of Public Works’ Mechanical and Electrical Services 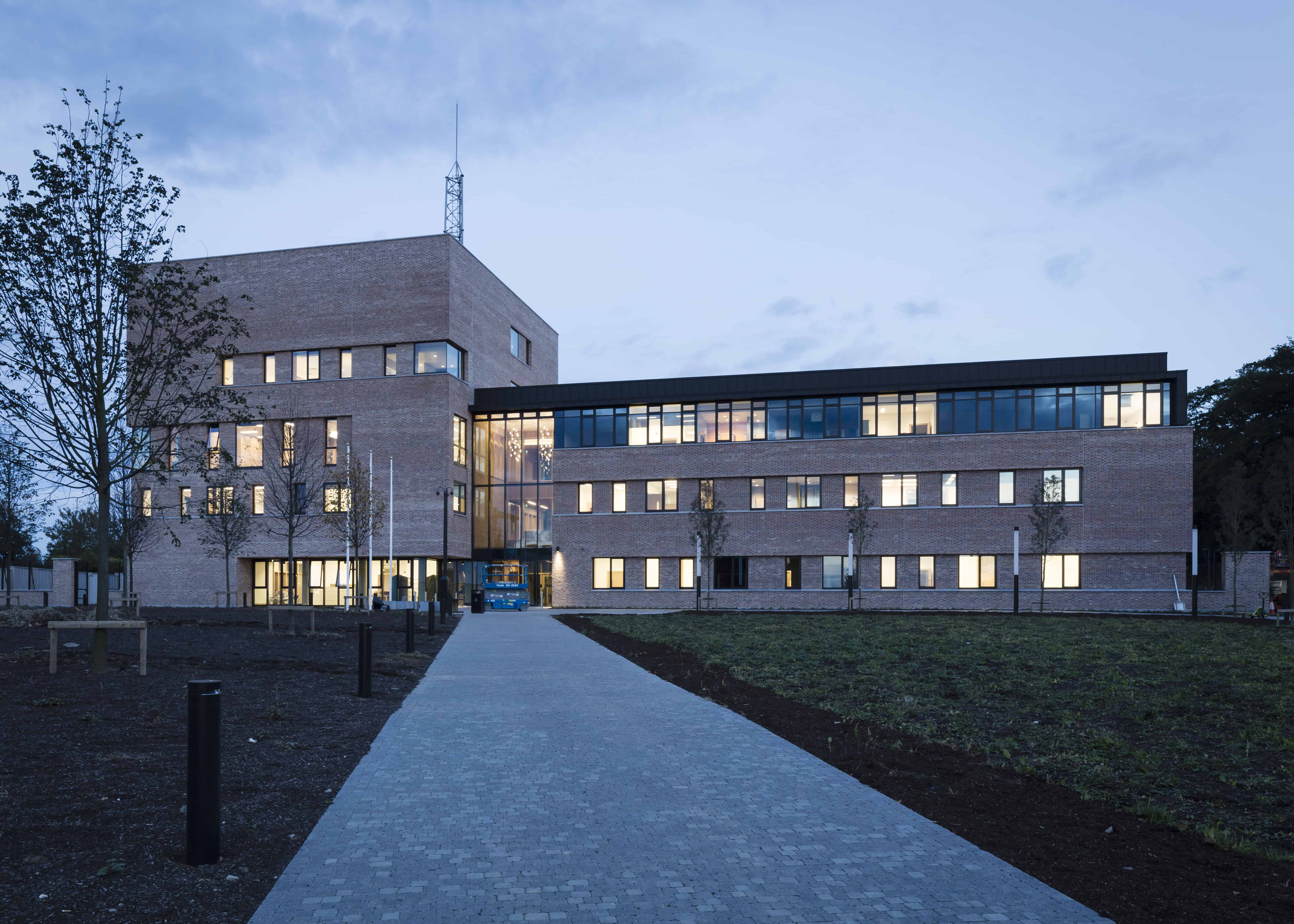 This project completed in September 2017 involved the construction of a new 4,000 sqm Garda Divisional Headquarters
building on a site circa2.79 hectares. The development consists of a three-five storey building, with flat roofs along the Mulgannon Road, Wexford, stepping down to a single storey at the rear of the site. It also includes a standalone single storey heavy goods vehicle garage and stores.

The major Site development works included internal site roadways, a green access road to parts of the site for the fire services, 124 parking spaces for cars and h.g.v’s; sheltered bicycle rack, metal gates, signage, extensive hard and soft landscaping and lighting, vehicular and pedestrian entrances off the Mulgannon Road; the provision of a new 13 m telecommunications mast on the roof of the 5-storey building; the provision of new railings, fencing and boundary wall treatments to a height of 3 metres.